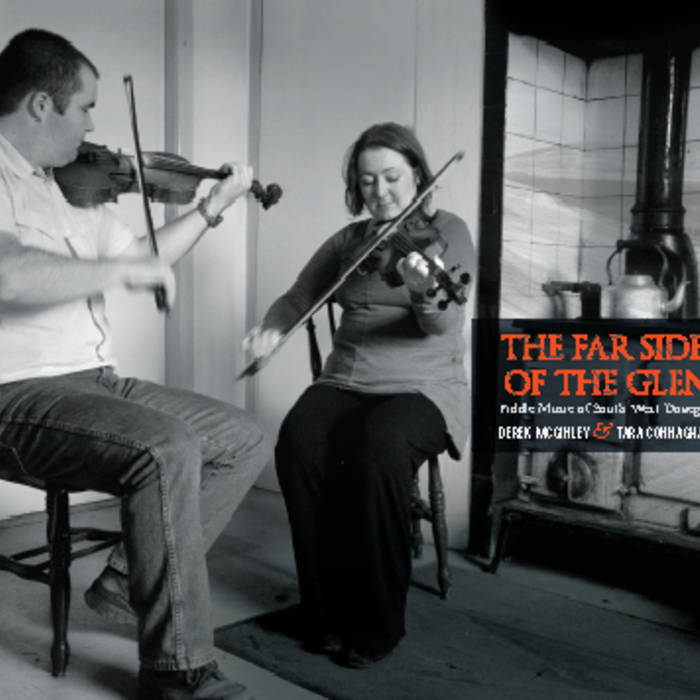 Two jigs learned from James Byrne of Mín Na Croise, Glencolmcille, who sadly passed away in 2008. James
Byrne and his music have had a profound effect on the music of south-west Donegal. His influence can be
heard on many of the younger players of the area, including Derek McGinley.
James Byrne learned the first jig from his neighbour John McGinley (John Phadaí Chonchubhair, often
referred to as simply “Conchubhair”). Tunes such as this, simple in structure, were very numerous in the
past, as they were required for a part of the Lancers Set, one of the common dance figures danced in the
country houses. The second jig was played by James Byrne’s father, John (John A’ Bheirnigh) and yet is found
throughout the country. It may be a relatively recent arrival on these shores and is usually titled The Nova
Scotia Jig, although John A’ Bheirnigh had no name for it.

Far Side of the Glen Ireland

Bandcamp Daily  your guide to the world of Bandcamp